The Adelaide Thunderbirds have announced athlete Shadine van der Merwe has been signed for the remainder of the 2019 Suncorp Super Netball as a permanent replacement player for Beth Cobden, who ruptured her ACL against the Melbourne Vixens in Round 3.

The 26-year-old defender has represented South Africa at international level and joins Adelaide Thunderbirds from Surrey Storm in the UK Vitality Superleague, where she was awarded the 2019 Best and Fairest. She boasts significant experience that the club expects will complement young South Australian midcourt duo Kelly Altmann and Hannah Petty.

Shadine has recently been selected in the SPAR Proteas to represent South Africa at the 2019 World Cup in Liverpool during July alongside a number Adelaide Thunderbirds players representing their country.

Born in Pretoria, South Africa, Shadine has arrived in Adelaide and will begin training with the team this week.

Shadine said that she was looking forward to playing for the Adelaide Thunderbirds.

“I’m looking forward to the challenge and opportunity to take the court with the Adelaide Thunderbirds,” Shadine said.

“Stepping into that wing defence position, it’s big shoes to fill, especially after Beth got the injury, so for me stepping up I need to be there 110 per cent and just give my all.

“I think having international experience playing against some of the best wing attacks in the world is a positive point for me.

“I’m super excited to be the left hand (to Layla Guscoth and Shamera Sterling) because I know they’re doing so well, and they are two talented players.”

Head Coach for the Adelaide Thunderbirds Tania Obst said that the team was looking for a like-for-like replacement for Beth and in Shadine they found that.

“Shadine is one of the world’s best up-and-coming specialist wing defenders and has current experience on the international court,” Tania said.

“She also comes with experience against current Suncorp Super Netball wing attacks so we’ll be looking to dig into her knowledge as well on some of those players.”

Shadine is expected to take the court this weekend in Sydney when the Adelaide Thunderbirds take on Giants Netball in Round 6 of Suncorp Super Netball. 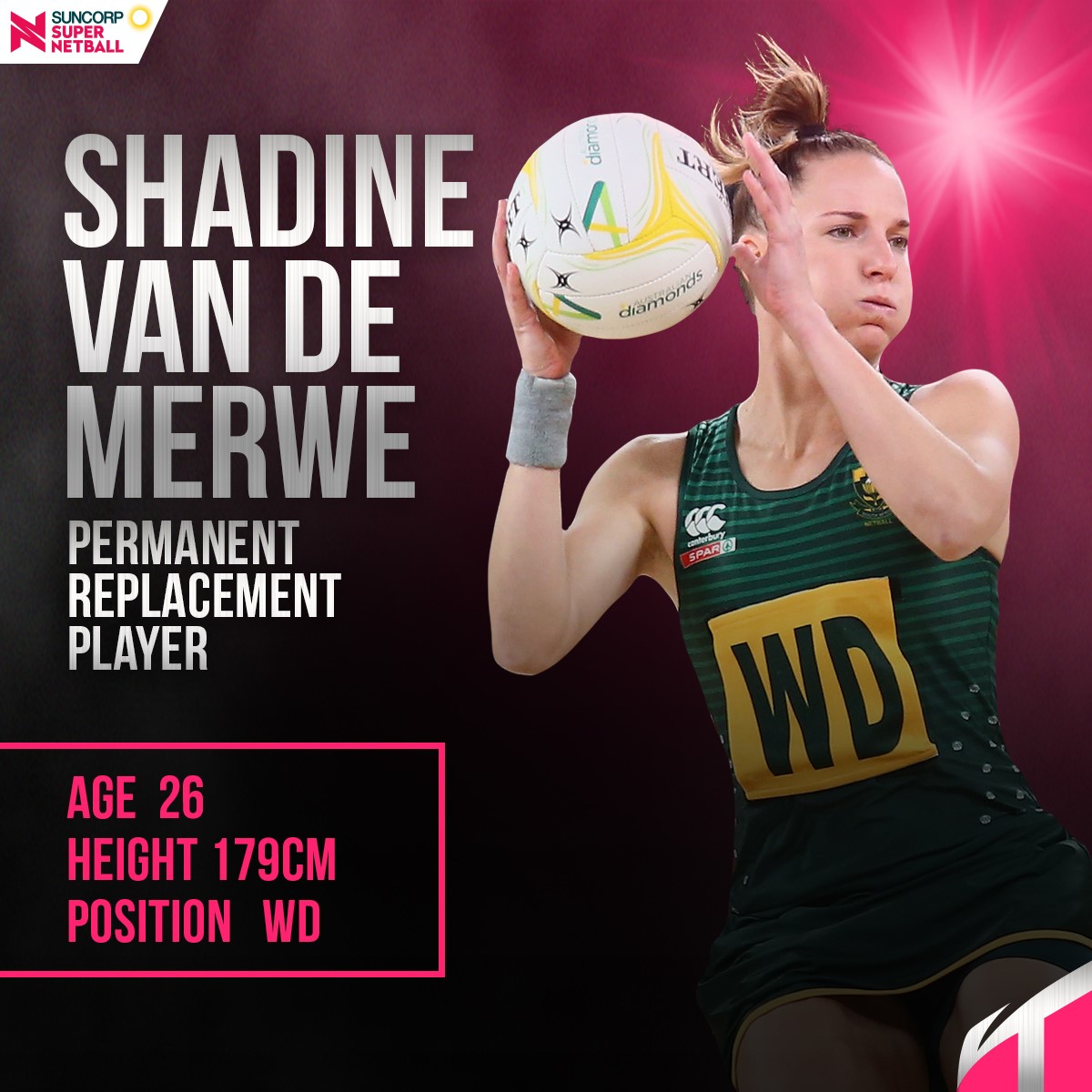