So, when the 20-year-old started training with the Adelaide Thunderbirds in 2020, the chance to meet the experienced midcourter left Tayla a little starstruck.

And now, not only has she met her, she has played alongside her as Tayla realised her dream of playing Suncorp Super Netball.

The emerging midcourter made her SSN debut in Round One of 2020 and has made four appearances in the pink dress since.

“I said to Chelsea the other day I feel like she’s been playing for the Tbirds forever and I was a little girl watching her play,” Tayla said.

“I’ve grown up watching her so it’s a bit of a starstruck moment playing with her, but it’s really nice and she gives great advice.”

In Round 10, Tayla came up against another familiar face as she pulled on the centre bib for the second half of Adelaide’s win over Collingwood.

Tayla matched up on fellow SA talent Tyler Orr who made her SSN debut for the Magpies on Sunday. 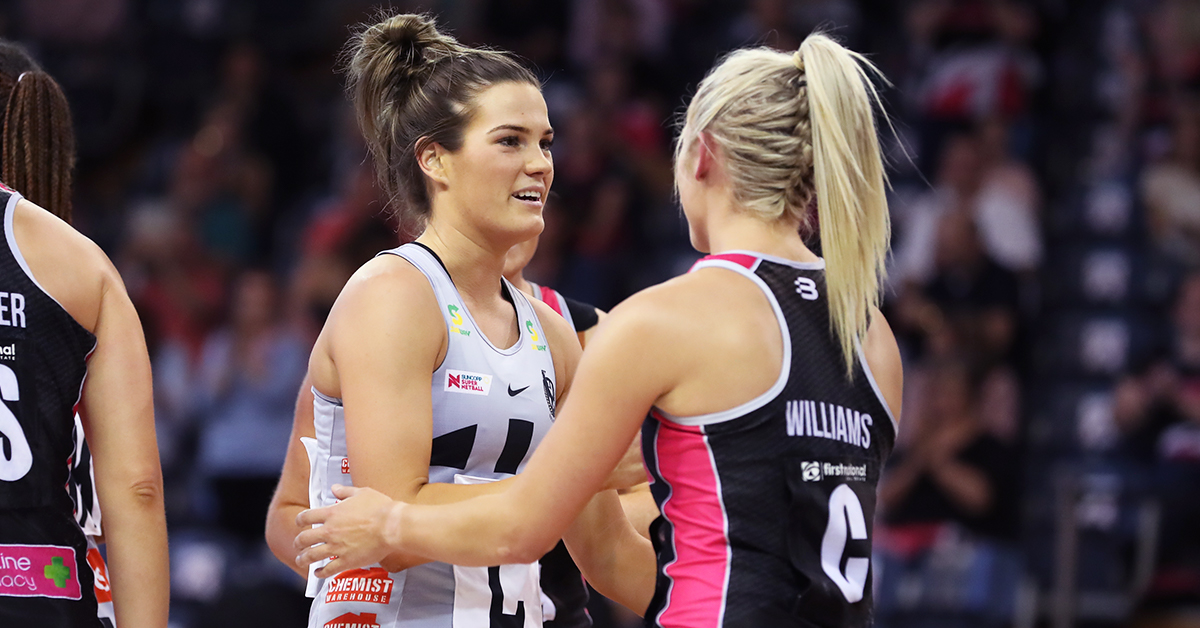 The pair have been teammates when representing South Australia and regular opponents in the Netball SA Premier League for Contax Netball Club (Tayla) and Matrics Netball Club (Tyler).

“It’s really exciting for Tyler to make her debut and it was nice to play on someone I’ve played with and against for a long time.”

Georgie Horjus, a fellow Contax athlete and Thunderbirds training partner, is another teammate Tayla has loved playing alongside in 2020.

“It’s definitely nice to turn around and see Little G there,” Tayla said.

“I’ve played with her for a long time at Contax and state too so it’s great to have a familiar face around and we obviously know each other quite well.”

Thunderbirds defensive star named in SSN Team of the Year