The 2020 Suncorp Team Girls Cup fixture has been released, unveiling that fans will be treated to three huge daily sessions of netball action from March 27th to 29th at Ken Rosewall Arena in Sydney Olympic Park.

In its second year, the Suncorp Team Girls Cup, will again bring together all eight Suncorp Super Netball teams and the world’s best netballers to battle it out for the official pre-season silverware.

The competition will be split into Pool A and Pool B (based on the results of the 2019 season) with matches to be played across Friday evening, Saturday and Sunday in a round robin format.

On what is being referred to as ‘Super Saturday’, fans will have the opportunity to see all teams take to the court twice, and the day will be headlined with a NSW derby between the NSW Swifts and GIANTS Netball.

The Sunday match action will then see the competition pools cross over for a day of finals, with the teams that finish on top of each pool to play off in the Suncorp Team Girls Cup Grand Final and the second-placed teams to play off for third and fourth, and so on.

Fans will have the opportunity to purchase day tickets via ticketek.com.au on Thursday 20 February at 1pm AEDT.

This tournament will be the first official time elite netball action will be hosted at the newly-refurbished Ken Rosewall Arena and the Suncorp Super Netball league is keen to show fans what they have to look forward to when the season begins in May.

The Netball Live Official App will stream every game of the Suncorp Team Girls Cup and the Grand Final and play-off for 3rd and 4th place will be broadcast live on 9Gem. 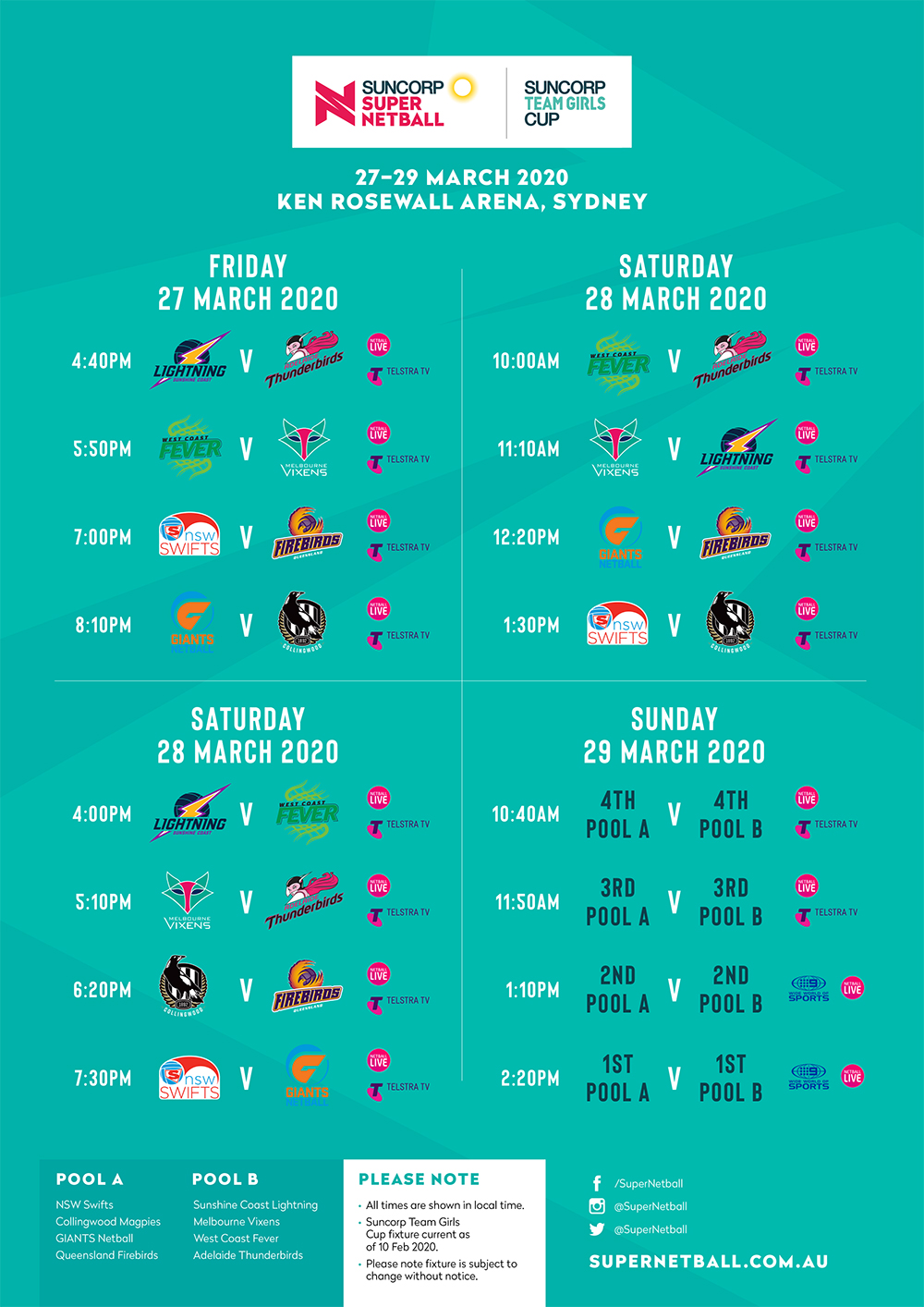 FAN POLL: Who is the best former Thunderbirds GK?