Adelaide Thunderbirds fans are set for plenty of live netball in 2021 with seven home games revealed in the Suncorp Super Netball season fixture.

A match at the Adelaide Entertainment Centre and a home crowd season opener are among the highlights of the 14-round draw, released by the league on Friday.

The Thunderbirds will start their season in front of the Pink Army as they host Giants Netball at Netball SA Stadium on Sunday, May 2.

Following two rounds away, the side will return to Netball SA Stadium for rounds four and five to take on the West Coast Fever and the Sunshine Coast Lightning.

In Round seven, the Adelaide side will return to the Adelaide Entertainment Centre for the first time since 2019 for a clash with the New South Wales Swifts on Saturday, June 12 at 6:30pm.

The match will align with the 2021 Country Championships – one of the most significant events on the Netball SA calendar.

From there, the Thunderbirds will play two more home games at Netball SA Stadium – in rounds 10 and 13 – before finishing the home and away season in Sydney.

Thunderbirds head coach Tania Obst said after a challenging year in 2020, with the impact of COVID-19, the side was thrilled to see seven home games in the draw.

“Spending the majority of the 2020 season in the Queensland Hub obviously meant our fans and members missed out on a lot of live netball last year and we certainly felt their absence out on court,” Obst said.

“For the athletes to also be away from their families and friends was also a challenge and meant so many of their loved ones were unable to see them play.

“We know how lucky we were to have the three home games we did get, but we’re certainly looking forward to being back on court in front of fans and supporters much more this season.”

Obst said the side was particularly excited to return to the Adelaide Entertainment Centre (AEC).

“When we played at AEC in 2019, the atmosphere was second to none,” Obst said.

“It was a great experience for the athletes, staff and fans alike so I’m really pleased to see we will be back at AEC in 2021.” 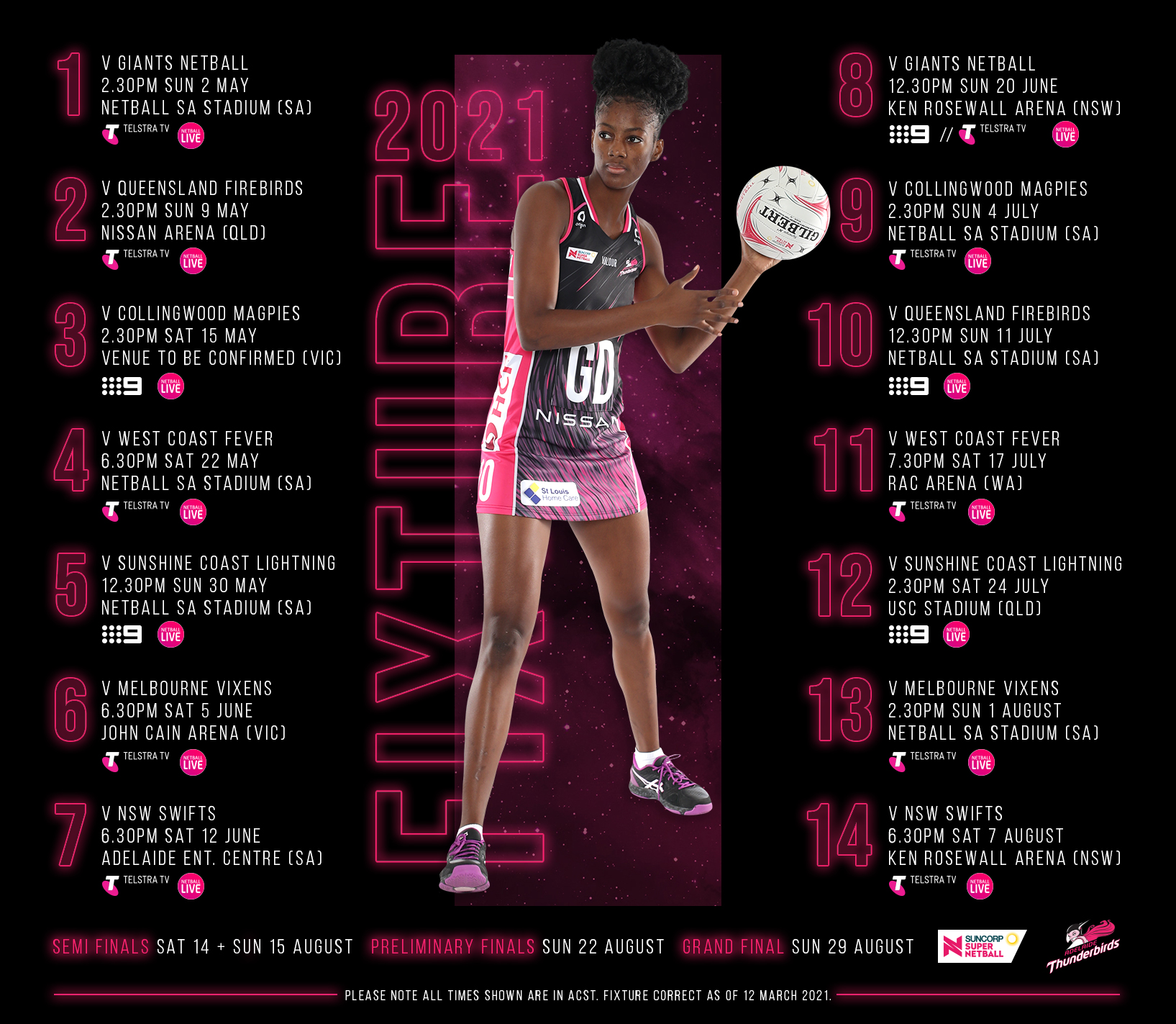 To secure your place at our home games, sign up HERE to become a 2021 member.