The next phase of the Suncorp Super Netball fixture has been confirmed, with all matches to be played at Nissan Arena in Brisbane.

The league has made the decision to play Rounds 7 to 9 at one venue to create greater efficiencies with match day delivery, now that all teams are based in south-east Queensland.

The Adelaide Thunderbirds will face the Melbourne Vixens for the second time in 2020 in Round 7, before playing its first match against the Queensland Firebirds in Round 8.

The side will then meet the Collingwood Magpies in Round 9 for what will be the second time this season.

Despite having no Adelaide-based games in the this phase of the draw, Netball SA CEO Bronwyn Klei said the Club was still hopeful to play in front of a home crowd in 2020.

“The plan still remains for us to have two games at Priceline Stadium this season,” Ms Klei said.

“We were hopeful to announce those games in this round of the draw, but we understand the league has had to make adjustments and we’ve been prepared for things to change.

“We expect to be able to announce the Adelaide games by the end of next week.”

Suncorp Super Netball Operations Manager Bill Allen said the league is pleased to have confirmed all but the final five rounds of the season.

“With an increased seating capacity and multiple warm-up courts available, Nissan Arena provided the ideal and most financially viable location for the league to hold the middle three rounds of the season,” he said.

“Clubs are asking for greater certainty around scheduling for the remainder of the season and this fixture now takes us through to the first week of September.

“We are incredibly grateful to the management teams of USC Stadium and Nissan Arena, and to the Sunshine Coast Lightning and Queensland Firebirds who are acting as host clubs to the league and teams who have relocated into the hub in south-east Queensland.”

To assist with managing the overall cost of delivering the season, all Round 7 matches and the first two matches of Round 9 will be conducted as closed events.

All matches are broadcast live on Nine, Telstra TV and the Netball Live Official App. 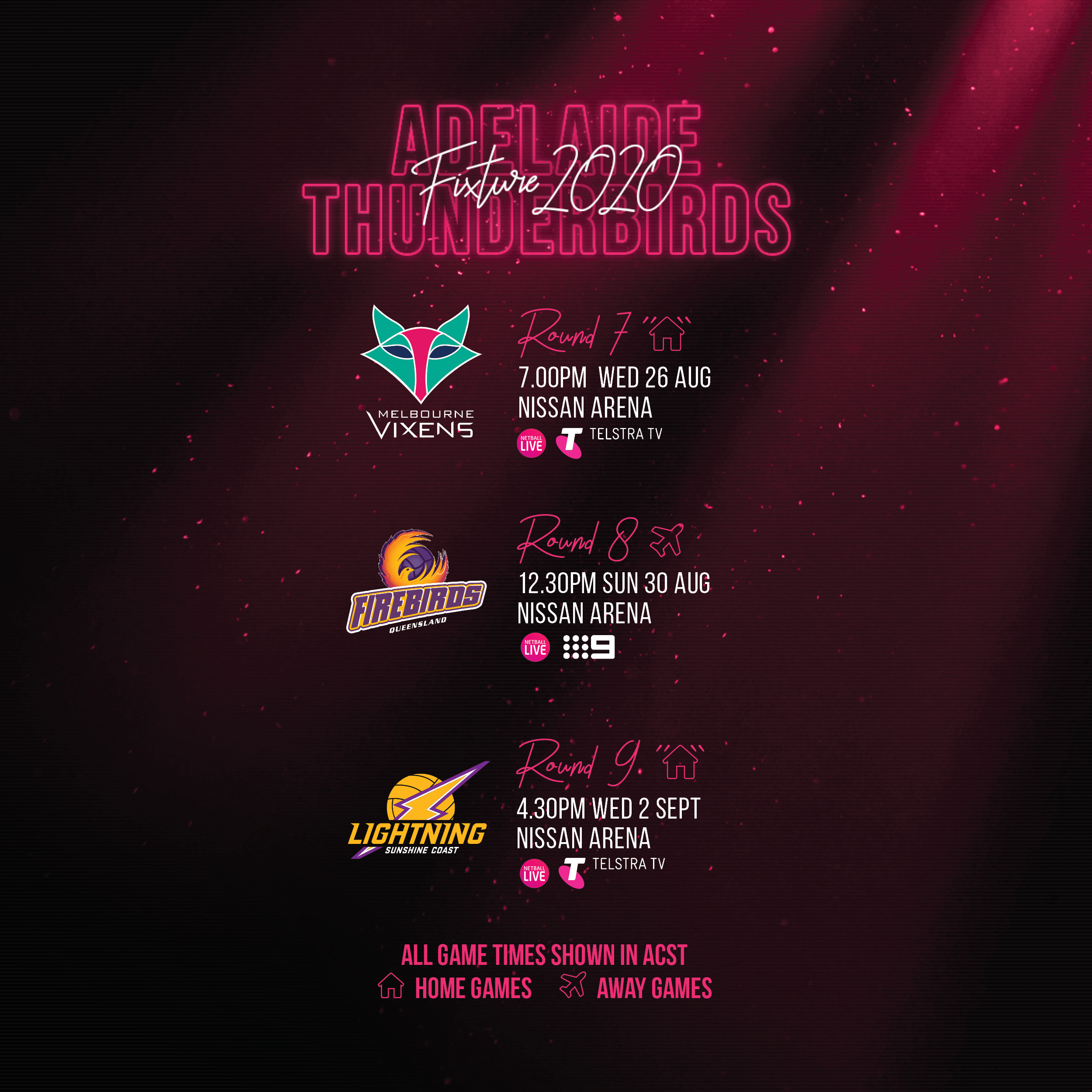