Suncorp Super Netball will return to Adelaide this season, with the league today confirming that the Adelaide Thunderbirds will play three home games during Rounds 10 to 12.

The Thunderbirds will host the Collingwood Magpies, Queensland Firebirds and GIANTS Netball at Priceline Arena across the three rounds with the league working closely with the Queensland and South Australian governments to deliver the matches and necessary travel arrangements.

The fixture for Rounds 10-12 also sees matches return to USC Stadium on the Sunshine Coast and Round 10 will feature as Confident Girls Round where funds will be raised for the Confident Girls Foundation, Netball Australia’s official charity.

Suncorp Super Netball CEO Chris Symington said the league is pleased to be delivering matches to fans in Adelaide.

“The league has been working closely with all clubs to identify and explore the opportunities around delivering matches outside of Queensland and we’re pleased to confirm that fans in Adelaide will get to see some live netball action in 2020,” he said.

“Perth and Sydney were both options that were explored quite thoroughly as part of this process, but unfortunately weren’t viable options.”

“We are very close to finalising the fixture for the final two rounds of the season and we’re aiming to release these match details mid-next week.”

All matches will be broadcast live on Nine, Telstra TV and the Netball Live Official App. 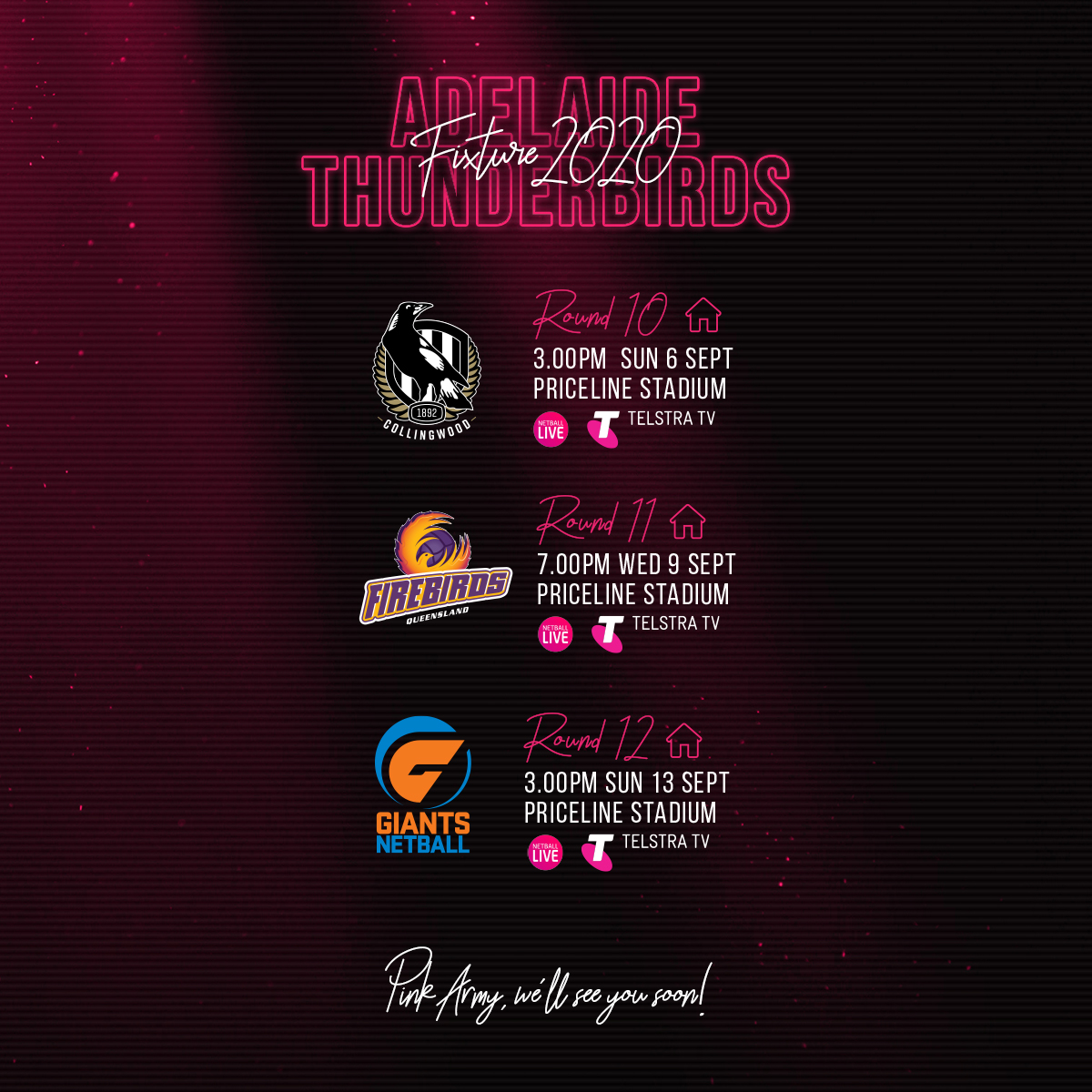