The 2022 Suncorp Team Girls Cup fixture has been confirmed, with the world’s best netballers going head-to-head under one roof.

Fans will be treated to three days of netball action from Friday 25 February to Sunday 27 February at Parkville Stadium.

The event marks the first time the Suncorp Team Girls Cup has been played since 2019 and brings together all eight Suncorp Super Netball teams to battle it out for the official pre-season silverware.

The competition is split in two pools, Pool A and Pool B, with matches to be played across Friday evening, Saturday and Sunday in a round-robin format with ten-minute quarters.

Three matches will follow on Friday night for spectators to get a glimpse of each Suncorp Super Netball team's new line-ups for the first time.

Morning and afternoon sessions will be held on Saturday for fans to attend, and on Sunday a day of pre-season finals action will determine the 2022 Suncorp Team Girls Cup champion.

Tickets for the Suncorp Team Girls Cup are on sale now via ticketek.com.au.

“This tournament will be the first official time elite netball action will be hosted at the newly-refurbished Parkville Stadium and the Suncorp Super Netball league is keen to show fans what they have to look forward to when the season begins in March,” Richardson said.

“We are encouraging all fans, spectators and viewers to ‘Show Your Colours’ and celebrate the electric teams in this league, either in the stands or by watching every game on Fox Sports, available through Foxtel, Kayo and Kayo Freebies.” 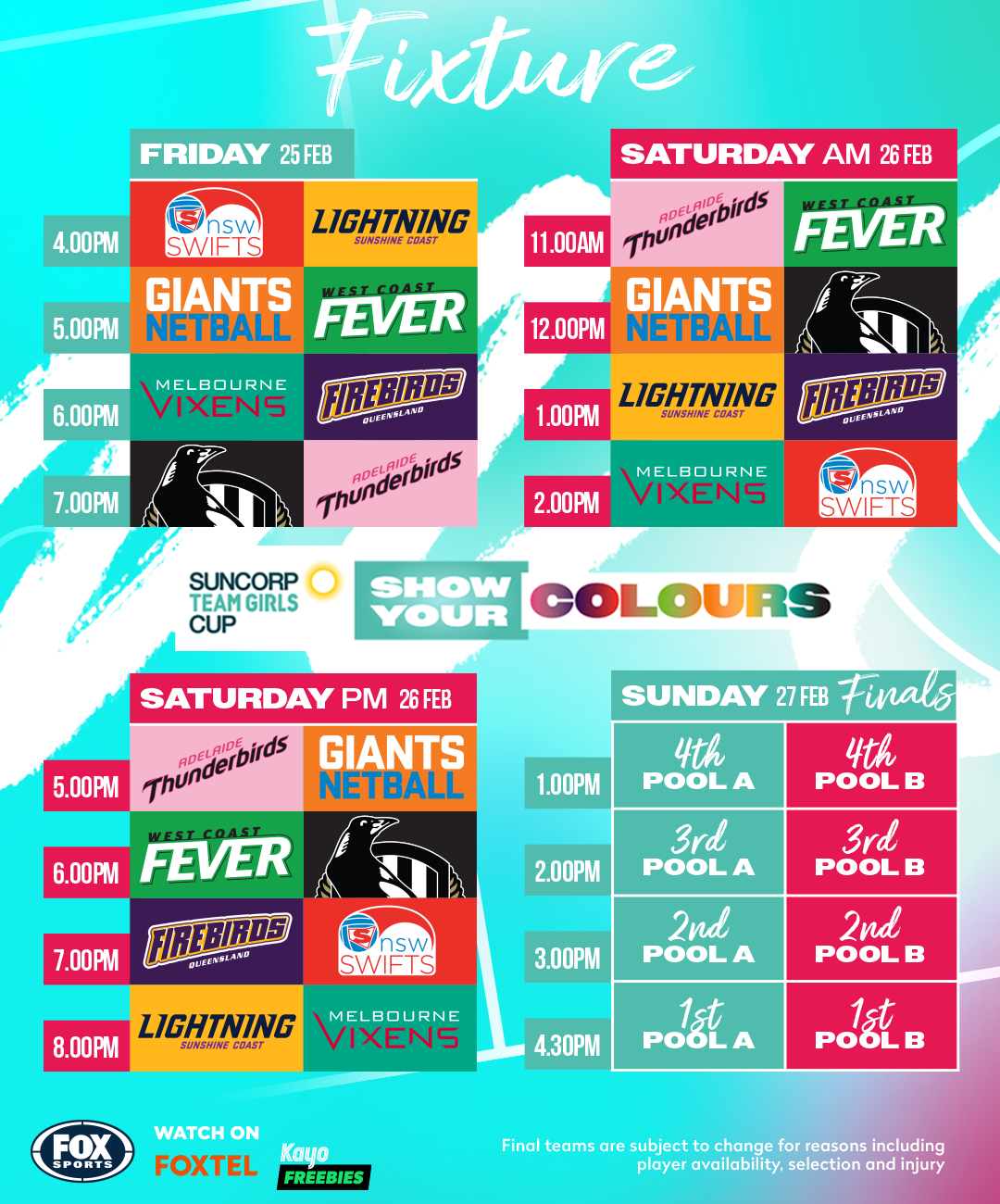