For all of us who have been experiencing netball withdrawal symptoms, never fear! The Vitality Netball World Cup is almost here!

Five Adelaide Thunderbirds have flown to Liverpool to represent their country in the Vitality Netball World Cup which runs from 12 -21 July.

The Vitality Netball World Cup is an exciting time netball fans across the world. It is the pinnacle event for elite netball and is only held every four years. With 16 countries and 12 players per team, fans can watch the world’s top 192 netballers compete.

Both the Australian Diamonds and English Roses are heading into the World Cup as favourites to take out the gold medal. The Australian Diamonds have had the most successful World Cup campaign to date, taking out the title 11 times since 1963. While the English Roses have never claimed the title at the World Cup, they did win gold at the 2018 Commonwealth Games, defeating Australia by just one goal. We expect to see Australia out for redemption for losing the gold medal in the dying seconds of last year’s Commonwealth Games Grand Final.

Australia’s long-term rivals the New Zealand Silver Ferns are looking hungry to make a comeback under new Head Coach Noeline Taurua, after failing to take home a medal in the 2018 Commonwealth Games. Also with the return of three key Ferns in Laura Langman, Casey Kopua and Jane Watson who were absent from the 2018 Commonwealth Games line-up, the Ferns are looking good to restore their team to their former medal-winning glory.

Jamaica who defeated the Silver Ferns 60-55 to claim the bronze medal in last year’s Commonwealth Games, are also looking strong. With a team containing three Suncorp Super Netball stars in Jhanielle Folwer, Romelda Aiken and Shamera Sterling, the Jamaican team is showing that their height and athletic ability are not to be taken lightly.

The final big contender in the World Cup is South Africa. Under the direction of Head Coach Norma Plummer, who was formally the Australian Diamonds Head Coach from 2003-2011, the South African line-up is flourishing. The team features the tenacious Sunshine Coast Lightning defending duo of Karla Pretorius and Phumza Maweni who are sure to make shooters nervous.

So settle in for a big 10 days of non-stop netball! For the full 2019 Vitality World Cup fixture, click here. 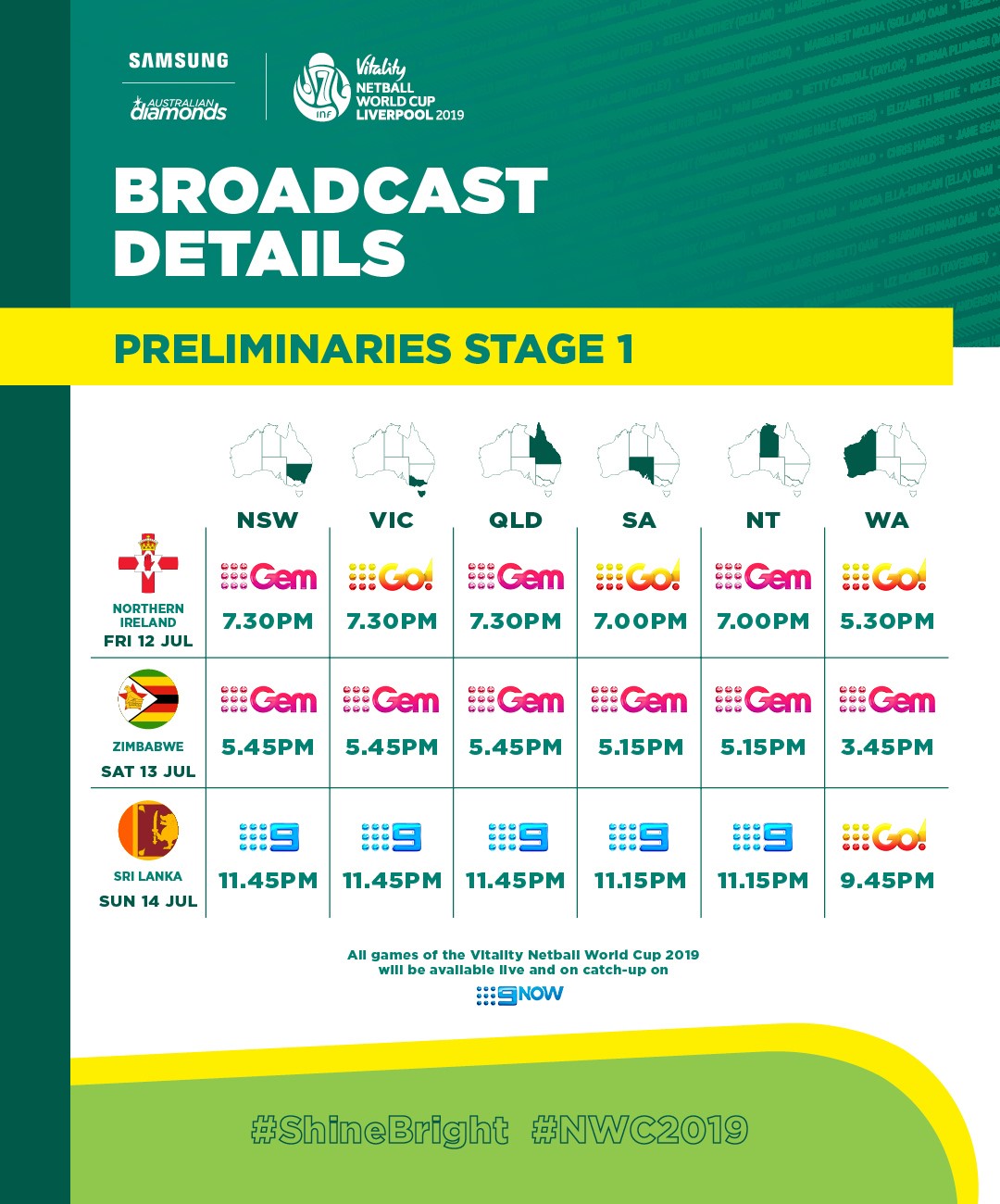