The Adelaide Thunderbirds have snapped a 27-game losing streak, beating the West Coast Fever 61 to 60 at Priceline Stadium on Sunday afternoon.

The Adelaide Thunderbirds have snapped a 27-game losing streak, beating the West Coast Fever 61 to 60 at Priceline Stadium on Sunday afternoon.

It was a nightmare game for the Fever, who lost their captain Courtney Bruce with a suspected wrist injury early in the game and reigning MVP Jhaniele Fowler with an ankle injury in the final quarter.

New recruit Shamera Sterling was incredible in defence for the Thunderbirds, racking up a game leading five intercepts and eleven deflections, while Jhaniele Fowler top scored with a remarkable 51 goals from 51 shots, on her way to winning her first Nissan Player Of The Match award for the year. 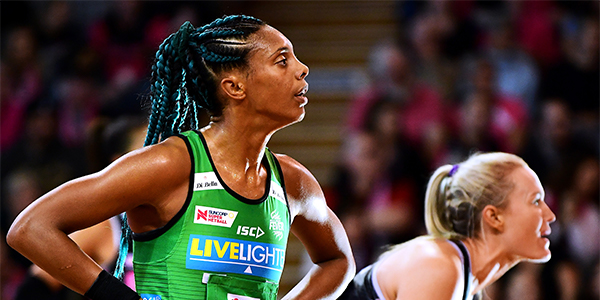 Despite a sloppy start to the game, the Thunderbirds looked impressive for much of the opening quarter, particularly in defence where Layla Guscoth and Shamera Sterling ignited the home town crowd.

Adelaide goal shooter Sasha Glasgow was strong all day, scoring 37 goals from 47 attempts. She was able to steady the ship early with her accurate shooting and clever movement around the circle, teaming up superbly with her new shooting partner Maria Folau.

Fowler was her typical self, draining all 14 of her shots in the first, but it was the Thunderbirds taking the first bonus point of the game as they went into the first break with a 16-14 lead.

The Thunderbirds continued to push the visitors in the second quarter, looking more polished through the midcourt and impenetrable in defence. 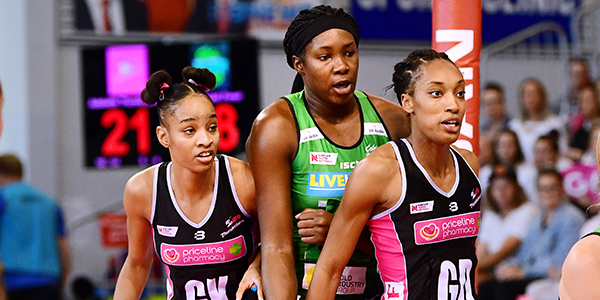 It took some some desperate play by the Fever midcourt generals Jess Anstiss and Verity Charles to keep the Thunderbirds in-check. The duo did everything they could to slow down the Adelaide transition while also creating plenty attack of their own, helping their team go into the main break with scores tied at 33 a-piece.

The Fever came out firing in the third quarter, taking the lead thanks to their dead-eye shooter Fowler and some inspirational play by Courtney Bruce, who struggled for much of the game after suffering a nasty wrist injury in the first quarter.

But the Thunderbirds would not go away, spurred on by the spectacular Sterling in defence, relentless Chelsea Pittman through the midcourt and dynamic play in attack by Glasgow and Folau. 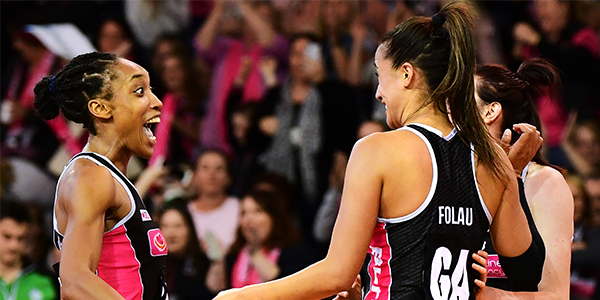 The Fever came into the last quarter holding on to a three-goal lead but, when Fowler was helped from the court midway through the quarter, it was all Thunderbirds who took the lead late and held on to win it by just one goal.

The Fever will be at home in round two for a 2018 Grand Final rematch against the Sunshine Coast Lightning while the Thunderbirds will be hoping to keep the winning ways going when they travel to Sydney to face the NSW Swifts.