Shamera Sterling has burst onto the scene in her debut season of Suncorp Super Netball season.

Needless to say, she is one of the best Goal Keepers in the world and has helped the Adelaide Thunderbirds win crucial ball throughout the season.

Coming from playing with Loughborough Lightning, Shamera said that compared to the UK Vitality Superleague, Suncorp Super Netball is much more competitive.

“It’s like playing an international match every week and there are a lot more resources,” said Shamera.

Being in an elite program with more resources has also meant more training for Shamera, and she admits that she found it pretty hard when she first entered the Thunderbirds environment.

“When I first got here, I thought the training was pretty hard but once I settled in, I realised that this was the hard training I needed to do to get the results I wanted for this season.” 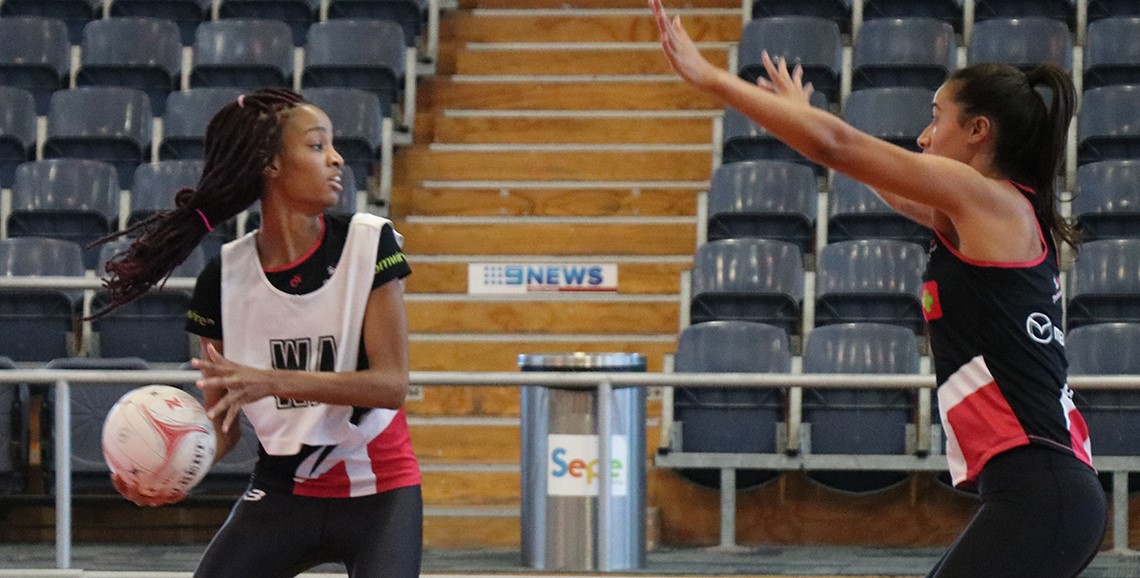 “My game has lifted getting to learn from defensive coach Cathy Fellows as she has helped me read the game even more. Because she’s a school teacher she’s really good at explaining to me what I need to change and I respond really well to that.”

Teaching is something the two have in common as Shamera is also studying primary education at the University of West Indies in Jamaica. Once the Suncorp Super Netball season wraps up for the year, Shamera will head home to continue her studies.

While Montego Bay in Jamaica will always be home for Shamera, she is loving being in Adelaide.

“It’s a very nice, chilled city and very easy to get around. I’m loving where I’m living – it’s so close to the beach!”

Throughout the season, Shamera has shared her house with fellow Adelaide Thunderbirds players Kelly Altmann, Layla Guscoth and Beth Cobden.

“Kelly is like the mum, she takes care of all the daily things like when we need to pay the bills. Beth is like my big sister and she’s always driving me around. And Layla is the one who always keeps me in check.”

She has fast become a fan favourite with her winning on-court athleticism and charming off-court personality. Many Adelaide Thunderbirds fans frequently sport her double-top-bun hairstyle to show they support for their favourite player. Shamera returns the support her fans show her and loves interacting with her fanbase on Instagram.

“I always like to respond to my fans when they message me on Instagram. They usually say that I’m their favourite player and they think that because I’m a big netballer I’m not going to respond, so when I do they always appreciate it."

Talking about the wins during the season, Shamera said that she hopes the team are giving fans something to look forward to.

“It’s good to see the team winning again and Adelaide has a lot of good supporters so it’s great we can give them something to look forward to.”