The mid-week Suncorp Super Netball bonanza which begins this evening is set to continue for several weeks with the league today confirming the fixturing for Rounds 4 to 6.

With all teams currently residing in Queensland, matches will continue to be played at Nissan Arena in Brisbane and the University of the Sunshine Coast Stadium across Saturday and Sunday afternoons and on Tuesday and Wednesday evenings.

Suncorp Super Netball Operations Manager Bill Allen said the league will now turn attention to locking away the next chunk of the 2020 schedule.

“Having now played two rounds, our teams are settling into the hub-style format of the 2020 season so it’s great to have the first six rounds confirmed to provide teams with some certainty for the next few weeks,” he said.

“We are now working to confirm the scheduling for the remainder of the season and will continue to confirm the fixture in phases to ensure flexibility to cater for the constantly-evolving COVID-19 situation and changing border restrictions.”

The next phase of fixturing is set to be confirmed by the league next week.

All matches are broadcast live on Nine, Telstra TV and the Netball Live Official App. 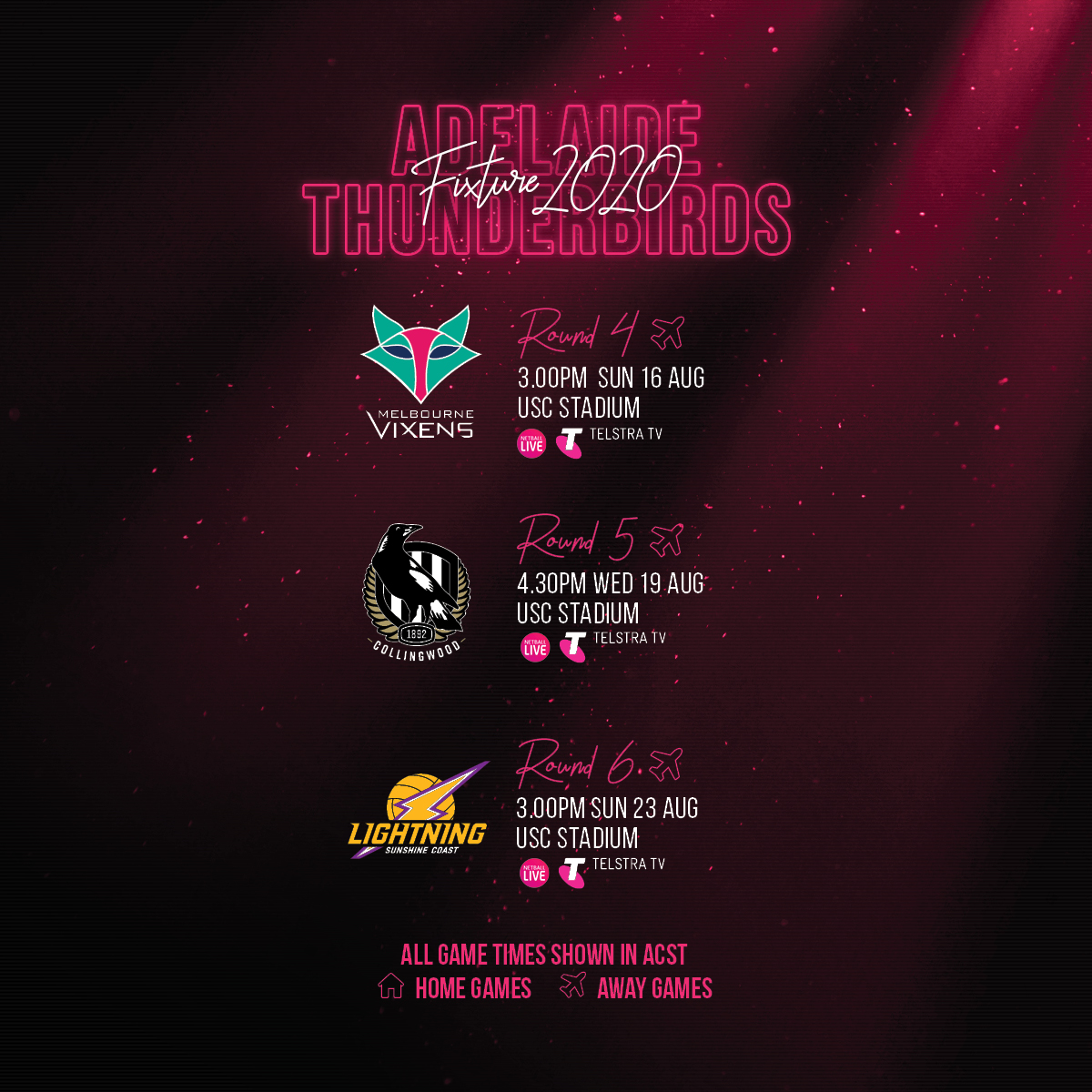